Learning the Intricacies of Social Media at PRSSAIC

Erika Prime, digital and social strategy lead at Taco Bell, took us through her journey on getting to work for the infamous Taco Bell, influencer marketing and switching focus from millennials to Gen Z.

Erika went to California State University, Fullerton and while in school, juggled two jobs and was genuinely excited to graduate to finally have a career. However, once she graduated she was applying to jobs left and right and wasn’t landing an interview.

On a busy night waitressing at the Island Bar, her old boss from the Anaheim Ducks and his wife Robin walked in. Erika started to voice her struggles with the post grad job search and Robin was working in marketing for Taco Bell and told her to apply for the social media internship. She applied for and got the job and after four months, she was hired to be a full-time content creator.

In Erika’s role, she frequently works with influencers and was a part of the recent Bell Hotel Campaign. Taco Bell leveraged influencers by using them to spread the word to create a sense of FOMO (fear of missing out) for those not at The Bell Hotel.

Taco Bell prides themselves on giving influencers the tools and letting them work with Taco Bell to make their content organic to their audience, in addition to only working with influencers who align with their company’s target audience. Taco Bell didn’t provide any monetary compensation or obligate influencers to create content during the Bell Hotel campaign. Taco Bell just provided a room for an influencer and their guest and let them enjoy themselves. 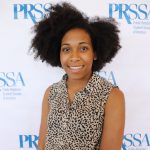 Russia Boles is a senior public relations student at the State University of New York College at Plattsburgh. She is the president for the SUNY Plattsburgh PRSSA Chapter and the social media manager for her Student-run Firm, Cardinal PR. She loves fashion and is a huge foodie. Follow Russia on Linkedin.