Epic Games and Fortnite: A Year in PR Review

It’s been quite an epic year for games studio and publisher Epic Games, as the company has continued its momentum after scoring a hit with Fortnite last year in 2018.

From shaking up the PC game marketplace with its new online store to taking over the internet on multiple occasions to hosting a first of its kind virtual concert, Epic Games has had many memorable public relations moments in 2019. Below is a year in review for Epic Games featuring some of the noteworthy highs and lows for the company and how it handled them from a PR perspective.

How did Epic Games and Marshmello create such a successful event? To start, the company partnered with the DJ to create specific teasers for the event, such as showing the stage being assembled and listing the in-game fictional venue on Marshmello’s list of upcoming tour dates.

During the event, developers changed the game rules to disable all weapons, which prevented griefers from ruining the event for others. This event would be the first of its kind and earned Epic Games and Fortnite media attention from publications including tech outlets The Verge and Wired, as well as music outlets such as Rolling Stone and even traditional news publications such as BBC, among others.

Following the success of their partnership last year, Marvel Studios and Epic Games teamed up to deliver an entirely new crossover experience for fans.

This time around, fans could power up as some of their favorite Avengers with in-game items and fight off other players who were geared up as part of Thanos’s army in a limited-time game mode.

This partnership even extended into the movie as Donald Mustard, Worldwide Creative Director at Epic Games, appeared as an extra for the film in the form of a wizard who used Dr. Strange-esque powers during the final battle.

Fortnite may be pumping out new content like no other game has done before but it does come at a cost. Gaming news outlet Polygon first broke this story via a feature article that shared stories from developers who had experienced severe crunch practices while working at Epic Games on Fortnite.

The company has not made a definitive statement in response to this, which puts a flaw on an otherwise impressive year for the company. The games studio and publisher did give employees two weeks off a few months later, though, which is the first time it has done so outside of December.

May: Fortnite and Jordan brand announce partnership that brings Jordan sneakers into the game.

Epic Games partnered with another real-life entity to add unique content to its game. This time, Epic Games embraced another aspect of pop culture that resonates with its target audience— sneakers.

Fortnite and Jordan brand sneakers both resonate with teen and young adult men so this partnership makes perfect sense. It goes right along with what some of gaming’s biggest brands have already been doing as far as partnerships go. Everything from the FaZe Clan x Champion collaboration to Drake and The Weeknd buying into esports teams all aligns very well to please and delight customers of both brands involved.

The Fortnite World Cup launched Kyle “Bugha” Giersdorf into the limelight as he won $3M over the course of a weekend. This highly anticipated esports event was the talk of the gaming world towards the end of July and offered Epic Games and Fortnite a ton of attention from the press.

Players and fans from around the world converged at the Arthur Ashe Stadium, a tennis venue that seats over 23,000, to watch Fortnite being played at the highest level. Influencers, news publications and popular internet blogs were all at the event in what was a weekend-long celebration of the world’s most popular battle royale.

In August, Epic Games partnered with another video game franchise to feature in Fortnite and build excitement for both games. This time around, it was the yet to be released and highly anticipated looter-shooter, Borderlands 3.

This partnership with Gearbox Software, developers of the Borderlands franchise, brought in a new area of the Fortnite map inspired by the upcoming game and a few skins and emotes that fans of Borderlands will instantly recognize. This partnership raises awareness for both games and caught the attention of the video game and tech press. As Matt Brian of Engadget puts it, Epic Games is “putting a blockbuster game inside its own blockbuster game.”

In October, a Hearthstone player won a widely publicized tournament and used his platform as national champion to voice support for Hong Kong amidst the country’s ongoing conflict. This resulted in the player being banned for an entire year and his prize money being confiscated by Blizzard, the publisher of Hearthstone and organizers of the tournament he competed in.

Epic Games saw this situation as an opportunity. The company released a statement to The Verge stating that they support everyone’s right to express their views and that Fortnite players would never be punished for speaking out on topics such as this Hong Kong issue.

This move scored internet points and praise for the company from fans and political activists but one may also be concerned as to if this move may have had a backlash on the company or its parent company, China-based Tencent Games. So far, there seems to be no apparent negative consequence so this was an effective and tactical use of strategic communication by Epic Games.

Just when things seemed to be slowing down for Fortnite, Epic Games reminded everyone why this battle royale game is king. Epic Games did something that no one saw coming: it shut down Fortnite. The game’s menu screen, social media profiles, website and pretty much every other online presence was replaced by a black hole. This led to a wave of confusion among fans and an internet frenzy.

Brands and fans alike took to Twitter to express their feelings about the event on Twitter, as the game garnered more than 1.2 million mentions the day of the event, according to PRWeek. More than 7 million people watched the event unfold across social platforms, solidifying the black hole event as the biggest internet story of the day. The event ended with Epic Games launching Fortnite Chapter 2, which featured a brand-new map and new mechanics for the already immensely popular game.

Fortnite pro FaZe Jarvis was caught cheating in a public match after posting a video of himself doing so. This led to Epic Games issuing a lifetime ban for the 17-year-old player.

This move was met with a mixed reaction from the gaming community, as notable gaming stars such as Tyler “Ninja” Blevins were questioning the move, explaining that they felt the punishment was “too harsh.” While many agree that serious punishment is warranted in this case, Ninja and others feel that a lifetime ban is unfair as Fortnite had become a full-time job for Jarvis at that point.

December: Scene from upcoming Star Wars to be shown at Fortnite movie theater

Add a worldwide exclusive preview to the list of things Fortnite has hosted within its virtual world. By the time this article goes up, Fortnite’s in-game theater Risky Reels will have premiered an exclusive clip of Star Wars: The Rise of Skywalker ahead of the film’s December 20th release date.

This collaboration between Epic Games and Disney includes a Stormtrooper skin that was added in November. Posters promoting the event can be found in both the virtual world plastered on buildings and in real life as banner ads and social media posts.

Epic Games has had a very busy year. There are a few blemishes, sure, but other than those few things, the company has surprised and entertained fans in new ways this year. The company has been able to expand its hit game by partnering with some of the most popular media franchises outside of video games and even raised the recognition of a dormant gaming franchise ahead of its new release this year.

The company is leading the way when it comes to using strategic partnerships and effective communications to align itself as a top gaming publisher and I would argue that Fortnite wouldn’t have been as successful this year if it weren’t for the support of effective communications campaigns throughout its up-and-down year. We will have to see what’s in store next year for the world’s most popular battle royale game. Whatever its publisher decides to do, I bet it will be epic. 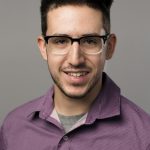