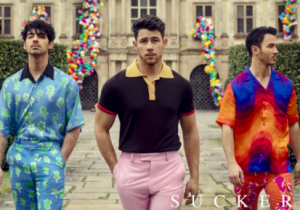 If you listen to music, keep up with pop culture or have an Instagram account, you may have heard that the Jonas Brothers are back together. After taking five years apart to focus on themselves individually, the boys are back and better than ever. Current and aspiring public relations professionals can learn a few things from these heartthrobs.

It takes time to work things out.

The Jonas Brothers parted ways in October 2013 when they decided to cancel their tour a few days before its start date. Disagreements over the band’s musical direction gave way to the split and during their time off, the boys each focused on their own projects.

In 2018, the brothers reunited to film a documentary, which sparked the conversation amongst the three of them to make a music comeback together. As Nick Jonas told Elvis Duran, “From there, this music and new chapter have just been incredible.”

In life and PR, you have to allow yourself time to work through things that cause issues internally or with those around you. This goes for organizations, too. If there is internal strife, you will not be able to produce the best work until it is resolved.

Most people remember songs like “SOS,” “Burnin’ Up” and “Lovebug” but the Jonas Brothers were not exactly at the peak of popularity when they announced their split. Their last singles before “Sucker” barely made it on the top 100 charts.

Even after previously diehard fans had lost interest, the Jonas Brothers hit us all with a wave of nostalgia that launched their newest single to the top of the charts. “Sucker” debuted at number one on Spotify and Apple Music charts.

Nostalgia is often the key to capturing an audience’s attention. For many millennials and Generation Z, this comeback was less about an expectation of exceptional music and more about seeing their favorite old band together again. PR practitioners should learn to take advantage of nostalgia whenever possible. If it works for the Jonas Brothers, it could work for you, too.

It’s all about the buzz.

To the public, it might have come from nowhere but the Jonas Brothers (or their PR team) were clearly prepared for this comeback, with ample social media content and appearances on TV and radio, even taking over Elvis Duran’s morning show. Plus, the Jonas Brothers hosted a secret concert the day of the song’s release.

Despite the new single being announced the same day as its release, fans were counting down the hours, made evident by the millions of likes on each of the Jonas Brothers’ Instagram posts leading up to the release.

For PR practitioners, this is a great example. By constantly posting the day of the song release, the Jonas Brothers positioned themselves to be at the forefront of every conversation. Building buzz around a launch or event is a tremendous factor in its success.

The Jonas Brothers took the world by storm once again and surprised us all by reuniting. And it doesn’t look like they’re going anywhere any time soon; in the meantime, PR practitioners can learn a few things by following their lead. 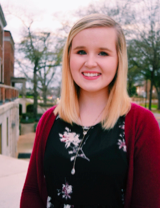 Emma Bannen is a junior at The University of Alabama, studying public relations, with minors in psychology and communication studies. She is currently a writer and editor for Platform Magazine. She is also an active member of UA PRSSA and serves as a senior media coordinator in Capstone Agency.