Despite being the shortest month of the year, February was filled with public relations stories. From Super Bowl Sunday to Valentine’s day fails, check out three of the month’s top stories in PR.

Tom Brady may have led the Patriots to another Super Bowl win but the real champion of the day was Pampers. The diaper company had one of the most successful Super Bowl ad campaigns, without purchasing any TV spots. The advertisement is titled Stinky Booty Duty 2 and features celebrity parents changing diapers and embracing parenthood.

You might wonder how the brand achieved such success on the most expensive advertising day of the year without running a TV commercial. Sarah Pasquinucci, the associate director of communications for North America Baby Care at P & G, explained that it was a multilevel approach that played off of celebrity endorsement, targeted media pitching and the multi-screen experience that defines the Super Bowl.

Pampers pitched the ad to media far in advance of the Super Bowl, targeting outlets focused on parents and entertainment. A teaser for the ad was released two days before the game on YouTube and Pampers social media channels to generate buzz and the full ad was released at 3 p.m. on game day. Celebrity endorsers John Legend, Chrissy Teigen and Adam Levine, who all appear in the ad, promoted it on their own social media channels.

The video received 46 million views within the first 48 hours and gained 160 unique media placements. Pampers winning strategy not only saved them a pretty penny but earned invaluable media coverage.

Taking love to the skies

Coca-Cola and Delta were hoping to put love in the air this February but ended up missing the mark.

Delta recently handed out Coca-Cola napkins to passengers with areas for individuals to write their name and phone number, urging them to “be a little old school. Write down your number and give it to their plane crush” because they were “on a plane full of interesting people and hey… you never know.”

The campaign was met with aversion. Many people thought the idea was creepy and offered an easy avenue for sexual harassment on flights. Buzzfeed discussed the many reports of sexual harassment that exist in the airline industry already, making the campaign even more distasteful.

Some people thought the campaign was harmless and funny and welcomed a movement targeted at getting people to talk to one another.

Given the political and social climate the world is in, given the #MeToo and #TimesUp movements, the campaign was ill-timed. Delta and Coca-Cola have apologized and the napkins are being pulled.

It might not seem like politics would have a large effect on how successful a soda campaign on airlines would be and given other circumstances, they might not. However, you can never underestimate the impact of current events on your campaign, no matter how clever or well-intentioned.

Amazon officially backed out on their promise to build its new headquarters in New York City. The tech giant cited tension with state and local officials as the reason for canceling plans for HQ2.

It’s reported that Amazon felt that they did not have the support of the local government that would be necessary to build positive relationships in the community.

Some public officials like Mayor Bill de Blasio made clear their disappointment with the disintegration of the deal, who tweeted“You have to be tough to make it in New York City. We gave Amazon the opportunity to be a good neighbor and do business in the greatest city in the world. Instead of working with the community, Amazon threw away that opportunity.”

Others like congresswoman Alexandria Ocasio-Cortez were overjoyed. Cortez tweeted “Anything is possible. Today was the day a group of dedicated, everyday New Yorkers & their neighbors defeated Amazon’s corporate greed, its worker exploitation, and the power of the richest man in the world.”

Despite its promise of new jobs and investment opportunities, many people thought Amazon’s contest for the new headquarters was doomed to fail. The company insisted that business negotiations be done in secret and failed to gather adequate input from the community.

Amazon’s lack of audience research and inclusion ultimately killed the deal. Without a proper platform to voice concerns, individuals turned to social media and their complaints went viral and revealed fundamental issues that led to broken promises. 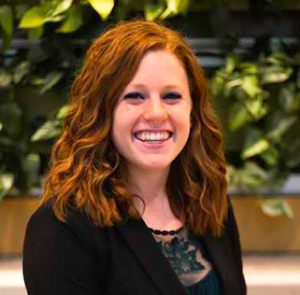 Anna Kendall is a junior at Central Michigan University majoring in integrative public relations with a minor in psychology. She is the director of publications for CMU’s PRSSA Chapter. Follow her on Twitter @AnnaKendall16 and on LinkedIn.