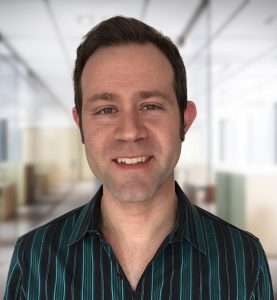 Adam Ritchie, Principal at Adam Ritchie Brand Direction, is one of the featured speakers who will be at the PRSSA 2017 National Conference this October. Adam’s session, Invention in PR, will cover breaking the rules, creating new communication vehicles and even coming up with the product. Learn to run a campaign across multiple industries and leave no stone unturned. So, who is Adam Ritchie? Below is a Q&A session for you to learn about the brand master.

Q: Why do you believe public relations is important?

Q: What was your first job? (In communications or in general?)

A: I started at Cone Communications, split between the Brand Marketing and the Crisis Management groups. I wanted variety. One day I’d be writing a series of tough questions and dressing up like Steven Colbert to prep a CEO for an appearance on his show and the next day I’d be making a new baby doll go to the bathroom on an editor’s desk.

Q: What is the best piece of advice you have ever received?

A: I keep a running document of the best business-related things people say to me. Here’s a few:

“Have a lot of ideas [and remember] they’re only as good as your ability to make them happen.” –an adviser

“Short sentences. Get to the point. Don’t use jargon.” –a PR professor

“Establish an information hierarchy. Control the space. Honor the conditions of use.” –a design professor

“Be unstoppable.” –a mentor

Q: What is the best skill a PR student can have?

A: Maintaining the mindset and perspective of an outsider. You don’t belong to the company, even if they’re paying the bills. And you don’t belong to the consumer. You exist on a narrow bridge between the two and each is better-served if you know how to stay there. For a field stereotyped as all social, all the time, you need to develop a comfort level with being alone very often.

Q: What are you most excited about for about the PRSSA 2017 National Conference?

A: I’m excited to meet students who care enough about the future of PR that they’re willing to attend a conference on it. I was really into PR as an undergrad and never went to a PRSSA conference. I wish I had. But it’s never too late. I’m looking forward to teaching them a few things they can use. And if there’s time, maybe some comedy interrogation techniques and how to clean up doll pee.

Rachel E. McLean is the PRSSA 2017 National Conference communications coordinator. She is currently pursuing her bachelor’s degree in journalism and communication with an emphasis in public relations and a minor in history at Boston University in Boston, Mass. She currently works for culture: the word on cheese as an editorial and social media intern writing for the magazine, blogging and posting on their social media. Rachel is passionate about public relations and usually finds a way to mix social media and blogging into every aspect of her life. Follow Rachel on Twitter at @rachelemclean.