Where Do I Stand on Inclusion? 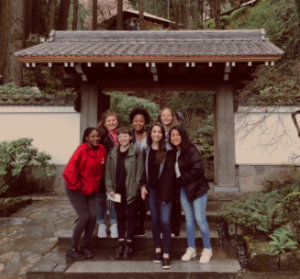 On April 4, I flew to Portland, Oregon, to attend the PRSSA 2019 National Assembly to serve as the delegate for the University of Nebraska–Lincoln Chapter. While there I had the opportunity to network with other PRSSA Chapter presidents and learn from some stellar public relations professionals. I also participated in the voting for new bylaws and the PRSSA 2019–2020 National Committee. I enjoyed traveling and truly had the best time meeting new people while also learning from top professionals in the industry. But during National Assembly, I learned something that goes way beyond PRSSA — Where I stand on inclusion.

Diversity (noun): Can include age, gender, race, ethnicity, sexual orientation, BUT ALSO — ability status, socio-economic status and so much more.

Inclusion (noun): The ability to make sure all of those groups feel welcomed, appreciated and acknowledged.

As a Chapter president, I reflected: Have I been effective in including people with diverse backgrounds? Of course, I pride myself on being kind to everyone and acknowledging the straight fact that we perform better when there is diversity at the table. But I started asking myself if I have taken into consideration how to promote inclusion. Have I really taken the time to thoroughly think of where I stand on inclusion?

Thanks to Trisch Smith, we were given four As that can help us better understand where we stand on inclusion. The first A is acceptance. It is important to accept and acknowledge that the world today is totally different from 20 or 30 years ago. Diversity exists in every community. The second A is aware and it refers to being aware of different audience segments. Fun fact: Cultural competence is one of the top five skills that all employees will need in the future. Also, you need to take action. Smith says, “When you know better, you do better.” The last of the four As is accountability. This is where we come in. As rising public relations professionals, we should recognize one area where we can improve in our diversity and inclusion efforts and stick to it.

So I offer you a chance to ask yourself where you stand on inclusion. What have you done to ensure everyone has a seat at the table? I encourage you to use the four As: acceptance, awareness, action and accountability. Doing so will guarantee that you are being inclusive and that you are doing your part to improve this industry. 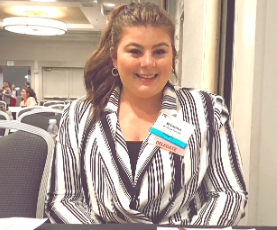 Brianna Frisbie is originally from Fort Morgan, Colorado and now studies at the University of Nebraska-Lincoln. She is sophomore majoring in advertising and public relations and minoring in textiles, merchandising and fashion design. She joined PRSSA in the fall of her freshmen year in 2017. Brianna has worked on numerous projects in her Chapter including; food drives, blood drives, and event planning for various programs. She currently serves as President of her chapter.  This summer, Brianna will be interning as a public relations intern at Stephanie Churchill PR, a boutique agency that works with global fashion and beauty brands, in London, England. Brianna is very passionate about cultural-learning. She believes everyone should have the opportunity to travel the world, meet new people, and gain new experiences.