Every Great Leader Starts with a Mentor: Kick Off PRSSA/PRSA Relationship Month by Jump-Starting Your Mentorship Program

Let’s face it: No one has ever reached success alone. 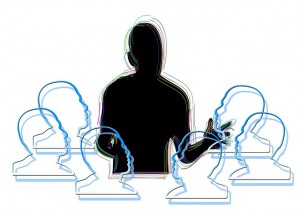 According to articles in publications like Forbes and Small Business BC, Mark Zuckerberg, co-founder and CEO of Facebook, was not alone. During the creation of the famous social media site, Steve Jobs mentored him. Jobs taught Zuckerberg to focus on high quality and the overall meaning behind the business.

Bill Gates, founder and technology advisor for Microsoft, was not alone. His friend and fellow businessman Warren Buffet has mentored him for years. Gates consistently credits Buffet for teaching him to deal with adversity and think long-term. He believes firmly in the power of mentorship, saying, “As we look ahead into the next century, leaders will be those who empower others.”

George Wythe mentored Thomas Jefferson. Socrates mentored Plato. Even Aristotle mentored Alexander The Great. So what is the overwhelming trend we see in the lives and habits of some of history’s most distinguished leaders? They did not become who they were alone. They were mentored before, during and after their successes.

PRSSA believes in the essentiality of mentorship for all its members. As we kick off the beginning of October and the official start of PRSSA/PRSA Relationship Month, it’s time to take advantage of what PRSA and PRSSA cans offer you in terms of professional mentorship. Regardless of your year in school, future plans or level of involvement in PRSSA, there is no better time than right now to initiate mentoring relationships with professionals who could be instrumental to your future success.

Not sure where to start? Here are a few ways to engage in the conversation this month and begin searching for potential mentors.

Read Progressions. Over the course of October, Progressions will feature several best practice examples written by Chapters who enjoy established professional relationships and mentorship programs with their PRSA Sponsor Chapters. These examples will help you brainstorm how to implement mentorship into your own Chapter.

Tweet your insights. On October 13 at 9 p.m. EST, PRSSA and Vice President of Professional Development Sarah Johnson will host a Relationship Month Twitter chat. The chat will be a great environment to bounce ideas off one another, spark conversation and learn from other members.

Finally, and most importantly: ACT! Don’t let the conversation stay within your Chapter. Use what you’ve learned and reach out to your PRSA Sponsor Chapter to begin forming the relationships that will lead to mentorship. Use the Relationship Manual to help you plan events during October with your PRSA Sponsor Chapter to celebrate Relationship Month and cultivate strong connections. Invite PRSA professionals to speak and share advice during your own Chapter meetings, and ask to listen in on a future PRSA Chapter meeting. You have to start somewhere and Relationship Month is the perfect platform for forming lasting connections.

I sincerely hope each of you take advantage of the incredible mentorship opportunities offered to you through a PRSSA membership. Remember, all great leaders start with a mentor. Now, the only question left to answer is: How will you start?

Sarah Johnson is a senior public relations major at the University of Oklahoma and the PRSSA National vice president of professional development. Follow Sarah on Twitter @sjo_94, connect with her on LinkedIn or email her at sarah.j.johnson@ou.edu.