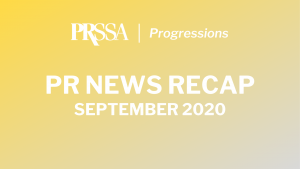 September is Ethics Month and there is plenty to talk about in the news. This month’s PR News Recap stories from the Publications Subcommittee discusses some ethical topics as well as an interesting partnership activation, Hispanic Heritage Month and more. See our top stories below:

TikTok Bought Out, then Banned, then Unbanned- Christina Billie

In August, there were speculations over the social media app TikTok getting banned from the United States unless it is sold to a U.S. based company, according to President Trump. In September, however, the conversation has completely shifted to who is going to buy TikTok so it won’t get banned?

At first, we thought that Microsoft was going to buy TikTok and ensure that it will keep everyone’s data as private and safe as possible. While we all thought they were going to be the buyer, we were all unaware that there was a bidding war going on behind the scenes…and the company Oracle won.

According to a Newsweek article, one of the reasons why Oracle won this bid war is because it is a close ally with Trump. Not only did the company win a $10 billion contract with the Pentagon for cloud services, but they also are helping the president conduct research on using hydroxychloroquine to help treat COVID-19.

The question now is this: how will Oracle’s purchase of TikTok change the app, especially since the company is so close with Trump? The app’s September ban has been blocked by the courts, but a much larger ban is still scheduled for November unless the federal government can work things out with TikTok. We will have to see how this plays out in the long run.

Since its debut on Sept. 4, Disney’s live-action Mulan has just earned $43.8 million, nowhere near its production cost of $200 million. The Mickey Mouse powerhouse has seen massive success with live-action remakes such as Cinderella and Sleeping Beauty, so why did Mulan flop?

First off, the star of the movie Lui Yifei shared, “I support the Hong Kong police, you all can beat me up now” on Weibo, a popular Chinese social media platform. Many in Hong Kong saw Yifei’s actions as support for police brutality in the region and support for the Chinese government, which passed an extradition bill last year that sparked the ongoing Hong Kong protest. Pro-democracy activists took to social media pushing the hashtag #BoycottMulan, which tended on Twitter worldwide.

The actions of Mulan’s star is not the only downfall for the movie. Since 2017, more than 1 million Uyghur Muslims have been placed in internment camps within the Chinese autonomous region of Xinjiang. The government denied the existence of these camps, “but after images of camp construction with watchtowers and barbed wire fences emerged, the government acknowledged what they called ‘re-education centers’ for Uighurs.”

Disney filmed parts of the movie in the region and thanked the “Publicity Department of CPC Xinjian Uyghur Autonomous Region Committee” in the ending credits. According to Disney’s Head of Finance Christine McCarthy, the move “has generated a lot of issues for us.”

Extended thoughts on this to come in a future article.

McDonald’s has been on a tear lately. Perhaps in trying to keep up with the Twitter heat Wendy’s has been pouring on the brand for years, McDonald’s recently released spicy chicken nuggets, and now, the first collaboration with a celebrity since Michael Jordan in the 1990s.

The Travis Scott meal was announced very subtly on September 3rd after weeks of rumors and speculation from the rapper’s fans. The original tweet gained over 90,000 likes, but the quote tweet from Scott himself more than doubled that number, reaching over 250,000 likes.

The meal, made up entirely of pre-existing products, hit stores on September 8th. The collaboration also included an extensive line of exclusive Cactus Jack x McDonald’s merchandise and new t-shirts from McDonald’s crew members. Both of these items hit resale shops soon after they were released as die-hard fans raced to add these new items to their Travis Scott collection.

This campaign generated a decent amount of social media buzz across places like TikTok and Twitter, but has it translated to increased sales for the burger chain? According to the Chicago Sun Times, it has proven to be so popular that its success has led to a key ingredient shortage. 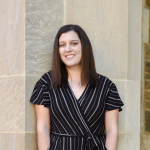 Christina Billie is a junior at Temple University. She is majoring in public relations and has a minor in digital media engagement. She serves as the secretary of the Temple PRSSA Chapter, as well as a junior account executive for PRowl Public Relations, Temple’s student-run PR firm. She is also a marketing and media intern for Campowerment, an organization who holds retreats and events for women. In her free time, Christina enjoys swimming, writing, and babysitting. 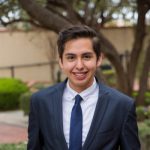