Ending the Decade on the Right Note

As 2019 came to a close, so did a decade of social activism, public relations insightfulness and public relation campaign innovation. From 2010 to 2019, we witnessed incredible partnerships and the magic of the Internet: international connection and unity through conversation. The Team Trees initiative ended the year doing just that — creating a collective force to plant 20 million trees before the end of the year.

Started in October 2019 by Jimmy Donaldson (more popularly known by his online alias Mr. Beast), Team Trees sought to plant 20 million trees in two months using online donations. Each donated dollar would plant a single tree. To see this goal to fruition, it quickly outgrew Donaldson. Several influencers, online personalities and business executives joined the initiative. He also partnered with the Arbor Day Foundation to disseminate the seeds in areas that are most promising. Interested individuals could donate through YouTube, the Team Trees website or social media accounts that advertised the collaboration.

This campaign is especially poignant due to the environmental disasters the world is currently facing. The California wildfires, which have been intermittently burning since late 2017, has damaged over 250,000 acres and destroyed 732 structures in 2019 (according to the California Department of Forestry and Fire Protection). Furthermore, the fires in the Amazonian rainforest received heavy attention and have greatly receded due to international intervention. However, nearly 8,000 square kilometers of land has burned because of these fires. Many more local fires have damaged areas across the world, but these two incidents have received the largest media attention.

On December 19, Team Trees announced it reached it goal! According to Donaldson, Team Trees received donations from 500,000 unique donors. However, this doesn’t mean the end to the organization. Donaldson, other contributors and Team Trees have asked the public to not forget about the future of Team Trees. Though the goal is accomplished, there is still much work to be done in the upcoming decade.

Donaldson says in a video, that he hopes to continue projects of this magnitude annually. Only the future knows what changes he and his newfound accomplices will soon fund.

Team Trees, though a heartwarming organization seeking to extend the vitality of our planet, ultimately exemplifies the power and utility of social media for promotion and branding. Spread using engaging content, transparent advertising and celebrity endorsement, Team Trees accomplished a seemingly impossible feat.

Team Trees used the following to reach the largest audience and drive engagement among stakeholders:

Ultimately, you or your business don’t have to incite an international fund toward life-changing growth to be successful. However, the next generation of consumers are increasingly searching for ways to create a positive impact in the world. Allowing your platform to be a vessel in this act can create brand loyalty and awareness, as well as generate a positive online presence. Earth is one gigantic community, why not assist it in providing for the future? 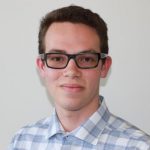 Richard Forbes is the 2019–2020 University of Florida PRSSA Chapter treasurer and serves as a writer for Progressions on the Publications Committee. He is a senior studying public relations and event management at the University of Florida. Follow him on Twitter @Richard_Forbes_ and connect with him on LinkedIn.