How a TikiTok Meme Became the Number 1 Song in America

One thing that I’ve realized during my time as a public relations and emerging media student is that social media is an incredibly powerful and driving force in modern culture. The most striking recent example of this is the rise of the recent number 1 song in America. Lil Nas X’s Old Town Roadstarted as a meme on Tiktok but now is crushing Drake’s streaming records, redefining what country music is and attracting attention from the likes of the Avengers and Tom Brady. Here’s how Lil Nas X used viral marketing to amplify the hit song’s reach.

When Lil Nas X’s Old Town Road first hit mainstream, there was a lot of discussion about what genre the song fit into. Its lyrics contain themes usually found in country music but the track featured an undeniably trap/rap instrumental and some rapping by the artist himself. It was excluded from the Billboard country charts, which sparked concerns from some critics. This only helped propel the song further into mainstream, and Lil Nas X has since run with that popularity to launch the song to new heights. For those of you wondering, the song’s remix featuring Billy Ray Cyrus was counted as a country song so for a time, Lil Nas X had both the top hip-hop and the top country songs on the Billboard charts.

An informal definition of “clout” refers to having fame or influence and Lil Nas X fully owned this idea for some time on his Twitter feed. According to a Genius.com interview, Lil Nas X said he is going to “milk the ****” out of Old Town Road before he starts dropping new music. Well, he certainly has done that. For a full recap of what he has done over the past month and a half, you will have to catch up on his Twitter and Instagram feeds for yourself. Below I will go over some notable highlights.

For some artists, social media is an afterthought. It is simply not that important and they would instead let their music speak for itself. For others, social media is an investment and a tool to push their music to new audiences. Lil Nas X fully embodies this idea. He tweets like it’s his full-time job and it is paying off. His tweets consistently reach over 100,000 likes, something that even well established companies could only hope to achieve. He is currently performing at music festivals, doing more interviews and talk show appearances and of course, promoting his song on social media. He now seems to be putting a song together with the rapper Lil Yachty, as well as making more new music. Time will tell if this clout lasts but for now, we can all look at his use of social media and take notes on how well he leverages seemingly simple tools to connect with his younger audience effectively. 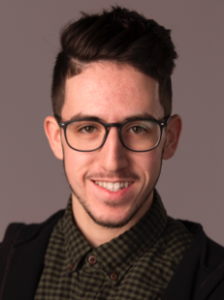 Zach Ferenchak is a current sophomore studying Emerging Media at Capital University in Columbus, Ohio. He serves as Chapter president for Capital University PRSSA. His dream is to one day use his communications skills to support creators in the Games or Technology industries. Feel free to follow his Twitter, or connect with him on LinkedIn.