Chatbots are allowing PR professionals to work smarter not harder.

In the heat of the Sept. 2018 Utah wildfires, robots, although intimidating, were key to crisis communications. Citizens were amidst disaster when two major Utah wildfires consumed 87,000 acres of land and caused more than 6,000 people to evacuate from their homes.

Utah residents were desperate for answers. They wanted to know what plans firefighters had to solve the problem, how much progress was made and when they could return to their homes.

Misinformation between emergency agencies and the press was a central problem inhibiting successful communication. Additionally, multiple resources were needed to find out critical information on evacuations and the fires making it difficult for those affected to resolve their questions.

Y Digital Agency Manager Adam Durfee was approached to visit the temporary fire headquarters in Salem, Utah, where he met with their communications team. Noting these issues, he teamed up with BYU students and local volunteers to build a central hub for real-time updates on the Pole Creek and Bald Mountain fires burning just outside Spanish Fork, Utah using chatbot technology.

“Chatbots were great for us during the Utah wildfires because there were thousands of people who wanted information and that’s too much for people on a media team to manage,” Durfee says. “Whereas a chatbot could manage that conversation for us live 24/7 giving people instantaneous answers to their questions, which helped us out a lot.”

Chatbots are on the Rise.

This isn’t the first case of chatbots being used to enhance mutually beneficial communication. Larry Kim, CEO of Mobile Monkey, a chatbot building platform with over one million users, shared how chatbots will shape the future at the Utah Digital Marketing Collective Annual Conference in 2018.

How Chatbots Will Benefit You.

The truth about the future is that everyone wants answers and they want them now. Chatbots facilitate 24-hour communication that has never before been possible by any media relations’ specialist at such an efficient rate.

Oracle reports that 80 percent of businesses would like chatbots by 2020 and many have already begun using them. Agility PR Solutions found that “two in five marketers (40 percent) believe chatbot usage will increase for their company in 2017, and respondents with 15 or more years of experience noted the need for chatbots with nearly half (40 percent) stating they will be increasing their use of chatbots,” according to Bulldog Reporter.

Whether you like it or not, chatbots are changing the world of communications and, if used correctly, can enhance communication efficiency between PR practitioners and their audiences. Durfee made sure to mention where chatbots will be most useful when serving PR professionals. “I think chatbots will be a big part of crisis communications in the future because during any crisis people need answers. I think they are mutually beneficial for the PR person who gets a tedious task off their desk and for consumers who need information,” Durfee says.

Robots may be taking over the world but we’re an impatient world at heart and chatbots are just what we need. 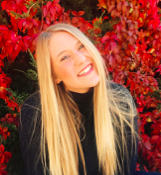 Kendra Wise is a current communications student with an emphasis in public relations at Brigham Young University. She works as an account assistant at Y Digital Agency. Connect with her on LinkedIn.