BLM– Do not let it be a PR boost

Diversity is a discussion that comes and goes. Earlier this year the death of George Floyd, Breonna Taylor, Daniel Prude, and many others within the Black community sparked protests in the United States, followed by a burst of support around the world.

This became an unavoidable topic within the corporate world as organizations across all industries joined in on the conversation. Many companies of every size and shape issued statements, some of them sharing their frustration, many supporting causes. All of them promising the need for change, but have yet to show how this will be achieved. Many people are seeing these statements but remember Black Lives Matter is not just a social media trend.

Earlier this month, Ubisoft faced backlash after the video game trailer for Tom Clancy: Elite Squad was released. This new mobile game allowed players to kill members of a fictional terrorist group called Umbra. The symbol for Umbra featured a raised fist which is associated with the Black Lives Matter movement. This contradicts Ubisoft’s statement supporting the Black community and their donations to the NAACP and Black Lives Matter back in June.

This backlash started a conversation surrounding legitimacy when companies proclaim their support for Black Lives Matter. Is the current support going to continue a year from now, or is this something companies are using to leverage their following? Unfortunately, what is being said doesn’t always match, and this hypocrisy creates little trust. An article by Harvard Business Review shares that Black employees are less likely to get promoted than their white peers. They are paid less than their white colleagues. Reports of discrimination still exist and go unaddressed by HR teams. Black employees make up 13 percent of the US workforce, yet make up 26 percent of racial discrimination complaints filed to the Equal Employment Opportunity Commission (EEOC) and its partner agencies. While it’s not a surprising fact, every year companies pay millions of dollars to settle discrimination complaints. Companies voicing their support need to do more if they want to real change to occur.

Investing in your Black employees’ success will allow companies to help leverage Black Employee Resource Groups (ERGs) in filling internal leadership roles. These are individuals who are putting in the work to stay proactive and engaged in the organization. Ignoring these can result in Black employees leaving or becoming disengaged and lead to a never-ending hiring spree to recruit new Black employees.

Everyone notices when the CEO is present at an event or encourages employees to attend an ERG. This shows support and creates validation of the efforts being done. Having that support shows that your leaders are paying attention. Similarly, if a CEO is not present than it seems the CEO is not supportive.

Connect With — and Listen to — Your Employees

ERGs are good ways to understand underrepresented groups and what they stand for. They also are a way to continue learning. They foster cultural stewardship and advocacy across cultures. All employees should take an active role in ERGs as this is a way to grow trust among coworkers and learn how to become a better ally for minorities in the workplace. Establishing Black ERGs is a good way to establish a pathway for Black employees and it is also a way to learn what is working and what is not.

Do not let this become a forgotten topic. The Black community requires our support and we should be there with them all the way. 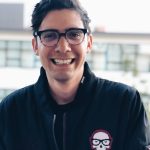 Louis Lopez recently graduated from California State University, Long Beach with a BA in public relations as well as winning the 2019 Bateman Case Study Competition. He has recently returned to school to pursue his second BA in Japanese Language in hopes to use both his skills in PR and Japanese to work globally. Ultimately, he plans on getting his masters in global communications. In his free time, Louis writes blogs about video games, plays his favorite video games (World of Warcraft and League of Legends), or binge watches shows on Netflix. Connect with him on LinkedIn or Twitter.