Why Understanding Cancel Culture Is More Important Than Ever

Have you ever had something canceled? An event? A meeting? I think we can all relate to this just a little, especially during the last couple of months. How did that feel? Maybe, you were disappointed, angry, sad, or maybe relieved. Now imagine if thousands of people vocally expressed those emotions through social media about something you said, believed, represented, or participated in. Imagine if those thousands of people intentionally wanted your existence canceled; for you to leave the conversation; for people to unfollow you, to boycott you, to forget any trace of you.

Merriam Webster defines cancel culture as the removal “of support for public figures in response to their objectionable behavior or opinions. This can include boycotts or refusal to promote their work.”

Over the last five years of the terms’ creation by Black Twitter, the rise of cancel culture has heavily influenced the environment on social platforms. In 2019, we saw brands like Chick-fil-A receiving negative attention for supporting a cause and again for the removal of support from those causes. We saw influencers like James Charles lose about 2.6 million followers after a friend, Tati Westbrook, took to YouTube calling him out for his actions.

So why does this matter?

This matters because no one can get away with anything anymore. That means content that is racist, sexist, homophobic, or overall insensitive is not tolerated anymore.

For businesses it is becoming harder to find influencers that they can trust to represent their brands. On the flip side, we are creating a dangerous environment. We live in a social space where individuals are scared to post, support, or participate in something for fear of the backlash it may cause.

I am an advocate for being careful what you put online, but being scared to post for fear of being criticized is the exact opposite of what the platforms were created for. Could this be the cause for a decent percentage of Generation Z wanting nothing to do with social media?

Cancel culture has certainly done some damage to brands and influencers over the years, but after a couple of months or years, how bad is the damage?

As of 2019, Chick-fil-A was still the top five fast-food chain in America. James Charles has about 19.8 million subscribers now after dropping down to 13.9 million last year.

Regardless of the lasting repercussions of cancel culture, brands and individuals alike should be aware of its existence and impact on the digital media landscape. Understanding cancel culture can help businesses when deciding to post (or not to post) content that they find otherwise harmless. 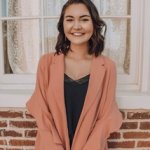 Kathryn (Katy) Belanger, 2020–2021 vice president of digital communications, is a senior at Sam
Houston State University in Huntsville, Texas. She is majoring in mass communications with an
emphasis in public relations and advertising and a minor in graphic design. Katy has held many internships during her college career, most recently interning with the State Fair of Texas. She is excited to use her platform as vice president of digital communications to highlight more students and the amazing work they are creating on campus.