The difference between getting an internship at your top pick company and settling for one of your lower choices often comes down to knowing the right people. You’ve heard over and over again about the importance of networking and mentoring, but have you seen any real-life mentoring success stories?

In a recent interview, Chris Bonelli, communications coordinator at General Motors, shared his experience with mentors who have helped him navigate his career along with his advice for students.

Bonelli had valued mentors every step of the way through his journey from vice president of Chapter development on the PRSSA National Committee to where he is now. Currently, professional connections continue to grow in importance as social distancing makes jobs more difficult to find than ever before.

Bonelli never could’ve guessed the relationship he would develop with Robert “Pritch” Pritchard, APR, Fellow PRSA, when Pritch first visited Virginia Tech. Pritchard encouraged Bonelli to run for a position on the PRSSA National Committee. “It wasn’t anything that I had ever considered but it really piqued my interest,” Bonelli said. “I ended up running for National Committee for the exact position that he had mentioned.”

Bonelli’s mentoring relationship with Pritchard remained strong while at GM. “He’s very good at introducing me to other folks. He’s always looking to expand not only his network but also the network of those he works with.”

Mentors who are only a few years ahead of you in their careers are just as important as mentors with decades of experience. Bonelli recalled his experience as an intern at GM and noted that it’s important to have mentors who are not as experienced so you can have comfortable conversations with them and a good backboard to bounce ideas off. These mentors helped Bonelli learn what was appropriate with salary and career advancement.

According to a study by Olivet Nazarene University, 76% of people consider mentors important. However, only 37% of people have one. Bonelli offered some advice to students looking for mentors.

“The true value of mentorship is more two way than what most people assume. Find someone that can help you and who can learn from you, so that you can have a beneficial relationship that goes both ways.”

Building a mutually beneficial relationship is what PR is all about, so it makes sense that the same principle applies when seeking mentors. Providing value to a mentor also makes the relationship last longer.

Bonelli was able to achieve his career goals with mentors who guided his journey. How are you going to make mentoring a higher priority in your career? 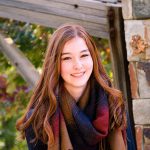 Madison Moulder is a senior at Brigham Young University and serves as vice president of media and publications for her Chapter. As a public relations major and editing minor, she aspires to become a PR professional at a content marketing agency. Connect with her on LinkedIn.