Behind the Scenes: Scripps PRSSA’s Outstanding Chapter Website of 2019

Ohio University’s Hugh M. Culbertson PRSSA Chapter received the Dr. F.H. Teahan Award for Outstanding Chapter Website at the PRSSA 2019 International Conference. Scripps PRSSA’s Chapter website displayed creativity, function, content and an overall aesthetically pleasing design. However, the journey of Scripps PRSSA’s website began a few years ago, with the progression being in the hands of multiple people. Without each of these people’s contributions, Scripps PRSSA’s website would not be as Outstanding as it is today.

Before 2017, Scripps PRSSA’s website hadn’t been updated since 2012. Brigitte Meisse, 2017–2018 vice president of public relations, saw this as a heavy problem. Once being elected, Brigitte made revamping the entire website her overall goal. She had visions in creating a user-friendly platform that appealed to both alumni and current students. Brigitte’s improvements included reorganizing and redesigning each tab, removing clutter, creating pathways for navigation and increasing blog content. Even more, Brigitte learned HTML coding, in order for the site to meet current SEO trends and appear as a top search on Google. Going into her senior year, Brigitte served as Chapter president, attended the PRSSA 2018 National Conference in Austin, Texas, and, alongside several other Chapter members, represented Scripps PRSSA in winning 2018’s Outstanding Chapter Award. After winning, Brigitte emphasized to the executive board that “winning Outstanding Chapter isn’t an end goal, but instead should propel us forward into future organization improvements.” She believed that Cade Fleming, 2018–2019 vice president of public relations, took her advice to heart and gave the website his all.

Cade Fleming, 2018–2019 vice president of public relations, began by assisting in the launch of the Chapter’s redesigned logo. Cade’s leading aspiration had been to introduce more multimedia content onto the site, which he overwhelmingly succeeded. Some of his accomplishments include producing “Internship Video Diaries,” the website’s first ever video content, and initiation of the “Star Member” award page. Going above and beyond, Cade furthered the website by partnering with Dr. Robert Stewart, director of the E.W. Scripps School of Journalism, in creating an official Chapter Archive spanning 50 years of history in honor of Scripps PRSSA’s 50th Anniversary. Reminiscing on the website’s successes, Cade hopes to “see the archive expand so that current Chapter stories are saved as we enter our second 50 years.”

Sydney Davis, current vice president of public relations, has closely been following in Cade’s footsteps. She aims to shift the site’s word-heavy content to be more visually appealing, while maintaining the Chapter’s brand. Sydney also spends a few hours each week updating the site’s meeting, blog and seasonal content. Representing the Chapter in its nomination at the 2019 International Conference, Sydney felt honored and humbled that her contributions so far, along with Cade and Brigitte’s overall efforts, had been recognized nationally. Winning Outstanding Chapter Website isn’t a final destination for scripps.prssa.org, but rather just the beginning.

Looking to develop your Chapter’s website? Scripps PRSSA is here to help! We’re more than happy to chat about website creation, so feel free to reach out and be sure to check out our website. 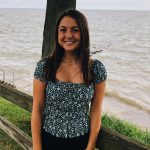 Alyssa Gormley is currently a sophomore at the E.W. Scripps School of Ohio University, studying journalism, strategic communication track. Her passions lie in digital media and marketing, seen through her efforts in Scripps PRSSA and 1804 Communication (a Nationally Affiliated Student-run Firm). Connect with Alyssa on LinkedIn and Twitter!