We all want to be happy. Husbands want their wives to be happy, parents want their children to be happy and dogs want their humans to be happy. And you, a fantastic PR pro, want your audience to be happy. In 1998, Martin Seligman was the president of the American Psychologists Association. His most notable study was on positive psychology, a practice that assists people in leading a happier life. Seligman designed criteria that served as a guide to help people achieve happiness. The same principles can also be used to make your audience happy with you and your company.

In most cases, a happy consumer will spend time posting about your company. A pleased consumer will start telling his friends about a company. Approximately 84 percent of customers make purchase decisions based on the recommendations their friends make. Uber has mastered the art of consumer engagement. Currently, the company will offer incentives to its riders in exchange for social media shares. For the Super Bowl this year, Uber offered free rides to the losing team’s city. Due to engagement boosters like these, Uber now has 75 million passengers.

Another way to boost engagement is to have multiple places where your consumer can engage with your company. Social media, traditional media and personalized emails are just the tip of the iceberg in this matter.  It’s important to keep in mind that the constant stream of news in our society has resulted in people having shortened attention spans. Time magazine wrote that 55 percent of users only stay on a page for 15 seconds. The more often consumers see your company during those quick seconds, the more likely they are to remember you.

A study done by Cone Communications found that nine in 10 millennials will switch brands to one associated with a cause and 30 percent of Americans will share positive information about companies that support issues they care about. You want those people! There are many examples of companies who strengthened consumer relations by supporting a social, environmental or political issue. Note that each of these companies took a stand on an issue that made sense for them.

So, do you have happy consumers? When you have them, you will generate a greater return on the time and money that you put into those relationships. You’ll have a more loyal audience to your brand and an audience that will spread the word. Use these tips and be a positive psychology PR professional. 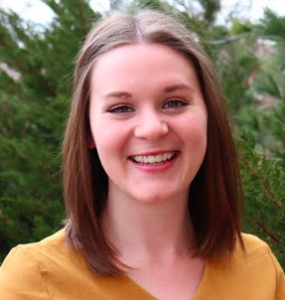 Monica Chabot is in her first of three years at Brigham Young University. She is the wife of a pretty cool guy and mother to several fake plants. She enjoys dancing when she has time and napping when she should be doing something else. Her favorite movie is anything set in New Zealand and she currently resides in Orem, Utah.