From Mega to Nano: The evolution of influencer marketing

Determine which type of influencer is right for your PR needs

Three months ago The New York Times released an article on nano-influencers and cemented this group of social media underdogs as the newest installment in the influencer evolution. This addition comes hot off the heels of micro-influencers, who were in the spotlight for most of 2018.

If you aren’t aware that influencers are split into sub-sections (much less four sub-sections), then buckle-up, buttercup. Your social media marketing world is about to change. Here’s the crash course on why this influencer evolution is happening and how to differentiate between the types of influencers.

Now that influencer marketing is commonplace on social media feeds, consumers are getting better and better at identifying which influencers are authentic and which are sell-outs.

“As soon as I see someone on Instagram use #ad or #sponsored, it turns me off,” said Jayne Price, a senior communications student at Brigham Young University (BYU). “Unless I really, really like them as a person, I unfollow them.”

This search for sincerity paved the way for micro-influencers to rise to the top due to their untainted feeds. But excitement over this new tier of influence led it to become saturated, finally bringing us to nano-influencers.

Now that you’re caught up, here’s a closer look at each group of influencers and how they can best serve your PR purposes.

According to CMS Wire, Gil Eyal, founder of HYPR Brands, said mega-influencers “are often more famous than influential.” Influencers at this level of celebrity status provide brands with a vast reach, which makes them more ideal for brand awareness goals.

Macro-influencers are the most ambiguous of the influencers sub-sections, with some sources saying the follower threshold is 50,000and others claiming 100,000 is the starting point.

One influencer marketing agency solved this by adding a “mid-tier” between macro and micro-influencers. But for the purposes of PR, anyone between 50,000-1 million followers could be considered “macro.” That means they are professional enough that you would still want to write up a contract before doing ads with them and you may be working through an agent.

One example of a macro-influencer is Abby Smith (@twistmepretty) who, with 225k followers, lands ads with big-time companies like Gliss and Target. Macro-influencerSuzy Holman says it’s common for influencers to charge $100 per every 10,000 followers for a single post.

According to Marketing Profs, micro-influencers now make up the majority of the influencer marketing community. They rose to popularity due to their accessibility to brands of all sizes and their connection with their audience.

This group represents the authenticity that has been lost on larger influencers. Cited as one of Muck Rack’s PR predictions for 2019, nano-influencers are growing in popularity. Their “nano” size gives brands the opportunity to get into an even smaller niche and interact with highly engaged communities.

Entire agencies have opened up in the pursuit of connecting brands with nano-influencers. One nano-influencer campaign has helped boost Clean & Clear’s sales by 19 percent since its launch in February, according to Johnson & Johnson.

In an interview with Forbes, Kate Edwards, COO of a social marketing technology startup, Heartbeat, explained the power of nano-influencers this way:

“Brands have always known that word-of-mouth marketing works well, but it hasn’t been until now that we’ve had the technology to activate this channel in a scalable, cost-effective way. That’s why brands are moving away from influencers and celebrities, and more toward recognizing the voices of everyday consumers.”

There is not one influencer type that is better than the other, though many are flocking to the nano-scale. Any type of influencer is only as valuable as the trust their audience has in them and once they are seen as a “sell out,” they lose their power.

So now the question is, will influencer marketing continue to evolve to an even smaller scale? Will it disappear completely? Or will we go through a great sifting until only the authentic are left? Tell me your thoughts in the comments! 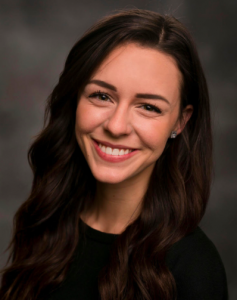 Whitney Steele is a Public Relations student at Brigham Young University. She has managed social media accounts for tech startups, wedding florists, and food trucks. After graduating she plans to continue her education in Student Affairs.