#MeToo: From a Social Trend to a Global Movement

On Oct. 15, 2017, Alyssa Milano tweeted out a call for women who had been sexually harassed or assaulted to speak out using the hashtag #MeToo. If comfortable, these women were encouraged to share their stories but ultimately the goal was to show the world just how big the problem was. At the time, this was in response to the disturbing Harvey Weinstein allegations as well as other powerful figures accused of sexual assault coming to light. Within days, this hashtag caught fire across all social media platforms and women all over the world were sharing their own anecdotes of sexual assault and the struggle of dealing with that pain.

Since then, the topic has only become even more widespread and relevant. Oscar-winning actor Kevin Spacey was accused on multiple accounts of sexually assaulting young men within the industry. Matt Lauer was fired from NBC after a complaint came to light of him engaging in “inappropriate sexual behavior in the workplace.” And even more relevant, news outlets were recently flooded with coverage about Supreme Court nominee Brett Kavanaugh and his sexual violence accusations.

As disturbing as these allegations are, it shows just how powerful today’s age in media is in creating widespread conversations about issues that matter. Through social media channels, the topic of sexual assault has become less taboo and has given many people platforms to be able to share their own experiences, creating a narrative surrounding just how prevalent this problem really is. Not only has it brought to light those people in the public eye who have been affected by sexual assault but it puts more accountability on smaller organizations, companies and communities to fight against this issue while empowering women and men to speak about past and present accounts of misconduct.

A New Age in Media

Today, the news is spreading much differently than it did 20 years ago. Instead of prime time TV and newspapers, we have tweets, Facebook shares and viral videos. In a way, this new age in media has given individuals even more power to make or break a public figure, company, industry or government entity.

On September 28, 2018, during the height of the Kavanaughhearings, two women were filmed confronting Senator Jeff Flake in an elevator the day after Dr. Ford had testified under oath that Brett Kavanaugh had assaulted her as a teenager. These women blocked the elevator doors from shutting and spoke of their own experiences of being sexually assaulted. They challenged Senator Flake by asking him what kind of a message it sends to girls across that country when allowing Brett Kavanaughonto the Supreme Court without an FBI investigation.

“What you are doing is allowing someone who violated a woman to sit on the Supreme Court,” one of them screamed to Senator Flake. “You are telling all women that they don’t matter—that their stories don’t matter.” All of this was caught on camera and went viral within hours. Later that day, Senator Flake, who had previously voted to move forward with a floor vote, announced that he now felt it should be delayed until enough time was given for a thorough FBI investigation. Not only did these two women likely impact the outcome of how this hearing went forward but this video also reached millions and is giving voice to the narrative behind this particular stance on this high profile case.

With the prevalence of social media and its impact on social movement, today’s influencers and opinion leaders hold a lot of power in what kinds of things that they say online through their channels.

Emma Watson is known for speaking out in support of feminism and gender equality. She frequently promotes books, authors and poems that help people better understand what it means to be a feminist. In 2014, she delivered an address at the United Nations that kicked off HeForShe, a solidarity campaign for the advancement of gender equality. That video has been viewed almost 3 million times and feminism has only become a more widely talked about topic since then.

The Time’s Up initiative came just a few weeks after #MeToo caught fire, right in the midst of 2018 Golden Globes. This initiative calls for safe, fair and dignified workplaces for women of all kinds. In collaboration with high profile celebrities attending the Golden Globes, Time’s Up organized an all-black dress code in efforts to make a bold statement signifying the support of the fight against sexual harassment. Hollywood’s most prominent women and men were seen walking the red carpet wearing all black attire in solidarity of this issue. Not only did this send a message to the film and TV industry but the movement went viral and many of the speeches given that night heavily revolved around the topic.

Oprah Winfrey, while receiving the Cecil B. DeMille Award spoke on the movement saying, “I’m looking forward to the day when nobody ever has to say ‘me too’ again… When that new day finally dawns, it will be because of a lot of magnificent women, many of whom are right here in this room tonight, and some pretty phenomenal men.” She received multiple standing ovations and the video has been viewed over 10 million times.

From a Social Trend to a Global Movement

Although it started with just one tweet, #MeToo has turned into a social movement that has created a conversation about how serious of a problem sexual assault is. It has helped bring to attention to just how many people (both in the spotlight and in our personal lives) have been affected by harassment and assault.  It personalized the topic and helped women feel empowered to talk about, speak out against and fight this problem that is so widespread in our communities. It turned this uncomfortable and almost unspeakable topic into something that could no longer be ignored and even led to other anti-sexual assault initiatives. Social media has the power to raise brand awareness and promote businesses but it can also spread ideas and messages about important topics that should be discussed in our communities. Not only does it give greater power to companies and corporations but it also gives that power to ordinary people who hope to spread awareness about topics and causes that they care about

There is power in social media and when used right, it can create accountability for industries and navigate conversations surrounding topics that matter.

What are your thoughts on the #MeToo movement? Let me know in the comments below. 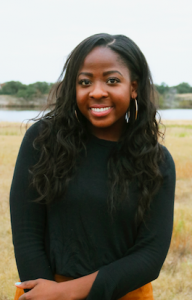 Adriana Ojuka is a senior public relations student at Brigham Young University minoring in international development. She currently works as an intern at Nu Skin Enterprises and on campus at Y Digital, a student-run digital agency at BYU. Check out her Instagram and LinkedIn here.