The Art of Conflict and Crisis [National Conference 2018 Session Recap]

Session: The Art of Conflict and Crisis

Recap: The Art Of Conflict and Crisis, while a necessity for public relations professionals, is not discussed as much as it should be. The three PR practitioners from Florida International University began their session by asking their audience to describe FIU in one word. Many students from the crowd shouted “bridge,” referring to the notable event in which a Miami bridge collapsed five days after construction concluded earlier this year. The collapse resulted in 6 deaths, one of which was an FIU student. By beginning the session with this anecdote, the FIU professors were able to share with students how one mistake can brand a company long after the incident.

Throughout the session, students attending learned to differentiate between a conflict and crisis. The FIU professors described a conflict as a brewing issue, something that can and will be resolved before it gets too out of hand. A crisis is something that is far beyond the internal control of a company and must be dealt with more urgency than a conflict. The professors led a very interactive session where students were asked questions about their comfort levels with crisis and were informative when questions arose from members of the audience. 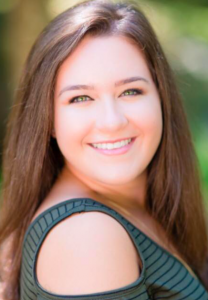 Sydney Wishnow is a sophomore at American University in Washington, D.C. She serves as AUPRSSA’s website director, as well as being the national advertising manager for PRSSA. Follow her on Twitter @SydneyWishnow or connect with her on LinkedIn @SydneyWishnow.