Michael Scott, Regional Manager of Dunder-Mifflin Scranton Branch, is a comedic character and a wise teacher of what not to do, especially when it comes to ethics and professionalism. We are public relations students but ethics can be incorporated into any workspace. The examples below display what the character Michael Scott can teach us about the PRSA Code of Ethics as it relates to our profession.

In Season 4, Michael sponsors the “Michael Scott’s Dunder-Mifflin Scranton Meredith Palmer Memorial Celebrity Rabies Awareness Pro-Am Fun Run Race for the Cure.” Although this event is a nice thought, it ends up being an event more for him than for altruistic reasons. Make sure you implement tactics with purpose and strategy or you could risk losing your message and reputation with the public.

“Advocacy: We serve the public interest by acting as responsible advocates for those we represent. We provide a voice in the marketplace of ideas, facts, and viewpoints to aid informed public debate.”

In Season 6, Michael is reminded that he made a promise ten years ago to high school students that he would pay for their college tuition if they stayed in school. Well, the time had arrived and he could barely afford to pay for himself. He tries to play it cool as the high school seniors celebrate and praise him. Michael gets overwhelmed and tries to tell half of the truth but makes matters worse. Eventually, the kids realize he cannot pay for their tuition and “Scott’s Tots” lost complete trust in him and the company.

“Honesty: We adhere to the highest standards of accuracy and truth in advancing the interests of those we represent and in communicating with the public.”

One of the most popular episodes of the series featured Michael making very rash assumptions about life in prison. It was an attempt to connect with a new employee that went terribly wrong. You know the saying about the word, “Assume.”  You must back up your messaging and strategy with proper research. Make sure your facts and statistics are accurate for public dissemination. Even though this scene is iconic, you definitely don’t want your brand or agency to be iconic for ignorance.

“Expertise: We acquire and responsibly use specialized knowledge and experience. We advance the profession through continued professional development, research, and education. We build mutual understanding, credibility, and relationships among a wide array of institutions and audiences.”

In Season 4, Michael pursues a lawsuit on behalf of his former boss and current significant other, Jan Levinson. Jan takes advantage of her relationship with Michael and gets him to testify, even though it conflicts with his integrity. This scene goes to show that you need to avoid conflicts of interest, whether it’s working with a client or providing information.

“Independence: We provide objective counsel to those we represent. We are accountable for our actions.”

In Season 5, Michael creates a pretty smart tactic, the “Golden Ticket” plan, and gets a call from corporate. He was excited for this idea until he realized that he might get in trouble. He convinced his right-hand man, Dwight Schrute, to take the fall for him until corporate revealed that they were impressed with the concept. The lesson here is that you should be accountable for your actions whether they are good or bad. Michael should have had more respect for his employee Dwight than to throw him under the bus, especially since Dwight bends over backwards to help the company and Michael.

“Loyalty:  We are faithful to those we represent while honoring our obligation to serve the public interest.”

Season 5 also features a decision in which Michael must decide on which office supplies to buy for the staff. Half of the team wants a new copy machine, while the other half wants new desk chairs. Michael hears both sides but then decides to capitalize off of the issue. He falls to flattery rather than making an effective decision. When reaching a crossroads, make sure to research both options. This could mean asking for feedback or looking at data. These decisions aren’t always cut and dry but if you think of all parties involved, you could discover a more effective solution.

Michael Scott makes a lot of unprofessional choices but makes up for it with his character’s evolution in the show. You could eliminate the need for mistakes like these by learning and living by the PRSA Code of Ethics. 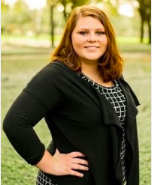 Ashleigh Kathryn is the 2018-2019 Vice President of Professional Development for PRSSA National.