In an era of social media and user-generated content, the question of what is ethical to post and what isn’t is constantly at the forefront of the discussion. As digital pioneers and, in the case of some, —digital natives, we have been given the tools to become innate storytellers for others and ourselves. With the world at our fingertips, where is the line? Where is the place for privacy and ethics in this rapidly changing digital world?

On July 2, Rosey Blair and her boyfriend, Houston Hardaway, boarded a flight traveling from New York to Dallas. Wanting to sit next to each other, the couple asked Hardaway’s female seatmate to switch with Blair. Hardaway’s seatmate then took her seat next to another male passenger. Blair recorded the interaction and conversation between the two unnamed passengers in increments and proceeded to post this material on her Instagram story and Twitter feed. She shared this content with the infamously memorable hashtag, #PlaneBae.

At a glance, this exchange and its documentation felt straight out of a romantic comedy. Pulling at the heartstrings of its audience, the incident quickly found viral fame as it made its way to the Twitter’s list of trending topics. By the time the flight was on the ground, hundreds of thousands of anonymous observers had waited with bated breath to know the future of this young couple. Suffice to say when the female half of #PlaneBae issued a statement through her attorney repudiating her involvement in this narrative many of us were taken aback.

In following the aftermath of this incident, the quote that I find most prominent comes from this overwhelmed woman herself:

“I did not ask for and do not seek attention. #PlaneBae is not a romance—it is a digital-age cautionary tale about privacy, identity, ethics and consent.”

Blair had released personal information that in an instant dissolved into an unethical invasion of privacy because she thought she knew best. This woman’s personal brand was compromised as a result.

The PRSA Code of Ethics provides an objective lens through which we can critique this murky situation. Blair’s actions were very clearly unethical in the eyes of PRSA because she leaked proprietary information ultimately to the detriment of another party. As future public relations practitioners, we can clearly understand that safeguarding the confidences of others is paramount to gaining notoriety and we thankfully possess the foresight Blair did not. 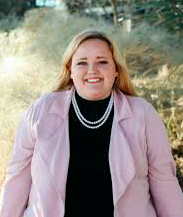 Elissa Butler is a member of the 2018-2019 Editorial Team. A senior corporate communication major at the University of Texas at Austin, she serves as VP of Professional Development for her chapter of PRSSA. Connect with her on Twitter as @theelliebutler or on LinkedIn.