Where Heineken Flourished and Pepsi Failed

There’s a good chance Pepsi has been the butt of your jokes for the last few weeks. The brand created an ad, which if you haven’t seen, involved Kendall Jenner solving world peace by handing a cop a Pepsi during a protest. This attempt to produce meaningful content with a unifying message failed miserably. Yet, Heineken just put out a commercial with a similar message of unifying consumers over a beverage and a majority of audiences are responding positively. Why is that? 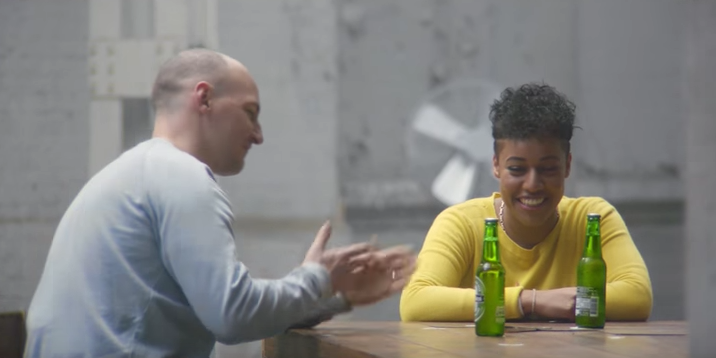 In Heineken’s ad, two strangers with opposite views on climate change, feminism and transgender rights meet and are made to hear out each other’s respective views. This kind of subject matter is impossible to begin to discuss within the timeframe of a beer commercial. However, the encouragement of dialogue was a responsible way to address unification.

Commercials that attempt to address societal ills, which companies themselves have no true interest in fixing, should aim to start more important conversations about social predicaments rather than minimizing protest movements. Here are some tips for producing mindful content in this activist era:

The Heineken ad isn’t perfect. In a sense, the people’s views that are included are normalizing viewpoints that should not be accepted nor tolerated. However, the brand message ‘Open Your World’ promotes the idea that divided people can begin to open up when they find a shared connection.

Overall, in this intensely social environment, activism is a way to show company values. However, only the companies with a solid understanding of their beliefs and appropriate research will come across as genuine and mature. Commercials can play a role in facilitating positive change, but when it comes the corporation’s responsibility of knowing their place, Heineken flourished and Pepsi failed.

Brittany O’Connell is a junior interpersonal major at the University of Delaware with an advertising minor and public relations concentration. She is set to graduate in December 2017, and currently serves as the public relations director for University of Delaware’s PRSSA Chapter. She is a rock and roll fanatic who plays bass and works at a record store in her spare time. Follow her on Twitter or connect with her on LinkedIn.