City Series: Pittsburgh is a Melting Pot of Opportunity 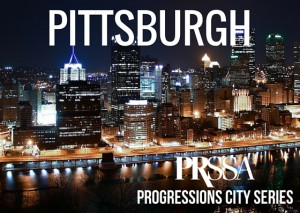 I’m your typical Yinzer (Pittsburgh’s version of y’all)—born and raised in Pittsburgh. While I was growing up, Pittsburgh was still recovering from a regional depression.

Over the past decade, however, the city has made a serious comeback. In recent years, we’ve been named America’s most livable and most affordable city, among many other honors. Perhaps one of Pittsburgh’s strongest points though is its cultural diversity. We’re often referred to as the “Melting Pot” and we’re not afraid to express it.

I’m thankful to be in the middle of the action. I live 10 minutes from downtown and my agency is headquartered on the east side of the city.

Here are the main industries in the Pittsburgh market (all of which have contributed to our revival):

Not only are the opportunities nearly endless for young professionals, but the cost of living is very affordable. There are plenty of hip neighborhoods that will quickly welcome you with open arms—Shadyside, Squirrel Hill and Lawrenceville are just a few.

The industries mentioned above yield an abundance of communication positions, especially in tech and healthcare. PRSA Pittsburgh’s Career Center is a great place to start looking for jobs and internships.

Whether it’s craft beer, festivals or helping others, there are countless organizations to get involved with in Pittsburgh. In each, you’ll make fast friends and interact with the city in a unique way.

If you need any more local insight on the city, let me know. I’d love to chat. Hope to see you soon in the “Melting Pot” with a Primanti Brother’s sandwich in your hands.

_____
Ben Butler is an entrepreneur and marketing communications professional. He’s the founder of a public relations and branding firm, Top Hat IMC, director of inbound partnerships at an inbound marketing agency and head of communications at a SaaS startup. You can connect with Ben on LinkedIn and on Twitter @BenButlerPR.