How Public Relations Helped Me Become a Viral Blogger

This post is part of a series of “Lives of New Professionals” guest posts for Progressions.

The first PRSSA event I ever attended was the National Conference in 2011. I remember being brilliantly intimidated by the crowds of competing public relations majors who helped me remember that I had so much more to learn before I was ready to graduate. In the span of a day, I learned more about the public relations world and where I fit into it than any class would ever offer.

At this event, I was inspired by a fellow public relations pre-professional to start a personal blog. He used it as an online résumé, akin to LinkedIn. The only difference, however, was that this was his website and he had ownership over the domain, design and content within it.

The idea of having a personal blog was definitely an appealing concept to me. I had been blogging in several other avenues throughout school and had found relative success.

The time had come, however, for me to take everything I had learned from blogging (both through experience and academia) and craft an entirely new platform that would one day be read by millions of people. That blog is jonnegroni.com. 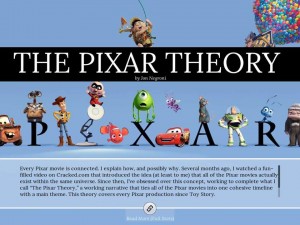 It has been a year and a half since I launched my personal blog. I started out by showcasing insights on social media, public relations and entertainment. Over time, I began to merge some of these concepts together more frequently, creating a blog that has managed to go viral through some key posts.

I attribute the success of my blog to my education and experience in public relations. That includes my training under PRSSA as a college student and my foray into the profession as an entry-level worker.

When I studied public relations in school, a huge emphasis was rightfully placed on writing. College taught me the mechanics and context of writing, to be sure, but my time in PRSSA taught me how to use writing to capture the attention of others. As the firm director for our student-run firm, PRSSA Innovations, I had to produce writing for real-world projects. These sink or swim moments prepared me for what was coming and what would be expected of me.

I even learned some unexpected lessons about how to break the rules of writing sometimes. There were times when, in order to capture attention, I had to change my tone from formal to conversational.

Capturing that “tone” is what makes public relations professionals such great bloggers. Our extroverted nature and attention to discerning detail lend perfectly to being an interesting and likable blogger. Sure, I could throw around big words all day and litter my articles with commas, but that’s not what sells page views. Instead, I used my outgoing personality to craft an online image (through my blog) that would resonate with many different types of people.

My advice to my fellow new professionals in public relations is this: Get started on your blog. Put the work in to write consistently and exceptionally, and let your training and discernment guide your efforts to build an engaged and extraordinary audience.

If you could write something that everyone in the world would read, what would you want it to be about?