Recap: During the closing ceremony of PRSSA’s National Assembly in Portland, Oregon, on April 7, 2019, Debra Peterson, PRSA chair, gave a thorough speech updating attendees on initiatives of the professional Society. She began by highlighting how excited the PRSA Board of Directors was to attend PRSSA National elections for much of Saturday. Peterson went on to stress how, moving forward, PRSA is focusing on overall growth, engaging members and remaining relevant. She likened irrelevancy to the last Blockbuster standing in Oregon. The former beacon for reliable movie rentals in the 90s and early 2000s is now nothing more than a tourist attraction.

To ensure PRSA remains relevant, Peterson encouraged members to join specialty Sections of the organization including Technology and New Professionals. In particular, the New Professionals Section allows new members to form a cohort and get their feet wet in the public relations industry. Additionally, she stressed PRSA’s dedication to becoming more diverse and inclusive through meaningful action. Along with D&I, she emphasized how data needs to be used to propel PRSA and PRSSA forward.

“In this day and age, it’s all about data,” Peterson said.

Following the PRSSA National Conference in October 2018, Peterson and other members of the board were impressed by the students who attended the Breakfast of Champions. PRSA, aside from its search for a new CEO, hopes to continue to be a valuable resource for students in PRSSA.

Much like the goals and objectives described by PRSSA National candidates, PRSA plans to help streamline the process of paying dues, signing up for webinars and overall preparing for a successful career in public relations. 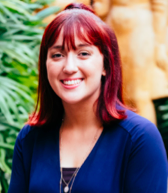 Leah Antovel is a junior public relations major and event management minor at the University of Florida, but she is originally from Long Island, New York. She currently serves as the vice president of programming and president-elect for her school’s PRSSA Chapter. In the future, she aspires to work in corporate public relations in either the beauty or food and beverage industries. Follow her on Twitter at @leahantovel and her LinkedIn account.