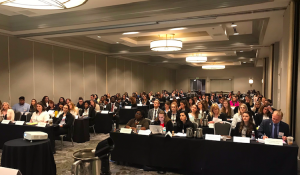 As I prepared for the PRSSA 2019 National Assembly, I had a decent idea of what to expect at a national event. I had attended the PRSSA 2018 National Conference in Austin, Texas, this past October. After shaking the initial feeling of being a deer in headlights by seeing almost 1,000 fellow members in attendance, I had an amazing time. It was a little different in that three of my classmates were with me in Austin. I was able to just blend in and soak up the experience. I arrived in Portland, Oregon, as my school’s delegate as well as its only representative. I knew I had to have a different mindset. It was time for me to jump in and represent my university with pride. As I look back on the weekend, two things specifically stood out that made Assembly an even better experience than Conference.

The first thing that stood out was the Day-of Competition on Thursday. This is something that I recommend to any future attendees of National Assembly. Being in a room with 25 fellow members, I immediately felt like I was bonding with talented and passionate individuals. As we broke out into our teams, my team was put to the test creating a public relations plan to help a local company, which this year was the Portland Chinatown Museum. There was an intimacy that you felt as you worked with your team that was unique from Conference. It’s the kind of intimacy that is honestly hard to describe unless you’re in the moment. Within five minutes, not only did we have the drive to try to win the competition, we had the ability to brainstorm many wonderful ideas and feel that we were making a real impact. The fact that my team won the competition was secondary to the overall experience and the lessons that it taught me.

Aside from the Day-of Competition, the numerous speakers and workshops attendees were able to attend made National Assembly worthwhile. Granted, at Conference, with almost a thousand members present, accomplishing a similar task is impossible. While all the sessions at Conference are excellent, you wind up having to possibly miss out on a session that you might want to take part in because two topics might be presented concurrently. At National Assembly, everyone’s able to hear the same message. From Trish Smith’s speech about diversity to Matt Prince’s presentation on the last day, there was a family atmosphere that I feel again can only be felt by being in attendance. Even during the voting process, that can feel mundane at times, I felt that everyone was on the same page.

The opportunity to attend both Conference and National Assembly in the same school year was an experience that I’ll treasure for the rest of my life. The contacts and friendships I made and the experiences that I shared with them will benefit me as my career develops. While Conference was amazing, being able to attend National Assembly and make an impact with my fellow members in that intimate setting is something that I’ll never forget. We all want the same thing: to make the Society better for future members. It’s that feeling of family and intimacy that will make National Assembly even better for them in future years. 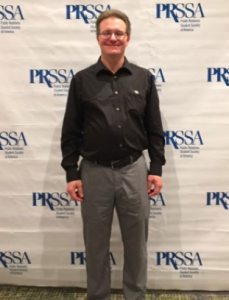 Chad Harris is the student government representative for the Penn State Berks PRSSA Chapter. He is a professional writing major from Saint Clair, Pennsylvania, and graduates in May of 2019. He hopes to either work in the sports industry or for his local PRSA Chapter after graduation. Follow him on LinkedIn at Chad-Harris-2019.