Public relations has earned its seat at the decision-making table. But another meeting happened before we got here and we probably weren’t invited. Each time a public relations team readies itself for a launch, the product has already been determined, developed and maybe even packaged before we’re brought in. Sometimes public relations helps inform certain features but we rarely make the first step toward the drafting table.

We can go beyond only promoting the products we’re handed and challenge ourselves to invent newsworthy products from the ground up. If we’re going to live or die based on their success, we owe it to ourselves to take a stronger hand in their creation.

Here’s why public relation pros have an aptitude for invention and where we’re already tapping into it.

In theory: We’ve listened. We’ve seen reviews, tweets and service logs. We know where a company and possibly the category is falling short. We’ve identified trends. We’ve spotted an opportunity to do something different.

In practice: Indie rock band The Lights Out was finishing an album and we faced a touch launch. Consumers aren’t shopping in music stores like they once did and they’re only discovering music online from artists who’ve already gathered thousands of followers. But many music fans are also beer fans and they’re visiting craft beer stores almost every weekend. To support this album, we were going to create a new category of product, offer it somewhere we knew consumers would discover it, give them an unforgettable sensory experience, convince them to pay a premium and make news along the way. Public relations was going to invent the world’s first album on a beer can.

In theory: The same muscles we use when convincing potential clients we’re the best fit, getting media to green light a story and bringing cross-functional teams together on a project can be used to sell a product concept or find the right manufacturing partner. Once the idea is planted and excitement is high, we know the best way to get everyone invested in making it a reality is by allowing individuals to own key elements and feel personally invested.

In practice: We took a rough cut of the album to Aeronaut Brewing Co.and asked them to brew a beer that would pair sounds with flavors. The idea “spread like wildfire” through their organization. They were former scientists and they approached recipe development like a science project. Then we let go, trusting their ability to do what they did best: brew a great-tasting beer. The initial prototype was hazy, well balanced and delicious.

We understand the power of a great visual.

In theory: The way a product is presented to the world and what it says about the brand behind it is a public relation obsession. Public relations doesn’t always get involved with packaging design but when it does, even the wrapper can become newsworthy.

In practice: We worked with a skilled illustrator to merge the look and feel of the band and the brewery on a single label. The album was about parallel words and the beer was brewed using cold-stepped galaxy hops from Australia. The finished product looked like a gleaming silver and gold capsule straight out of a sci-fi movie. The label copy told the story of this beer fueling a drinker’s tip through the multiverse, with the music serving as the soundtrack to that journey.

In theory: We know what gets consumers talking. We’ve seen hashtags succeed and fail. We know what makes content shareable.

In practice: The call-to-action on the label instructed consumers to post a social media trigger to unlock the digital content. We installed a script on the band’s Twitter account that would listen for the trigger and respond immediately when it was posted. The consumer received a message from the band telling them what they were doing right now in a parallel universe and giving them a link to the album. A download code would have served the purpose but we wanted retrieval to be visible, social, fun and interactive.

We know how to run a campaign.

In theory: This is what public relations does best and usually where our story begins. But we often focus on only one industry. We can push ourselves to create campaigns that cross industries and even continents.

In practice: We untethered ourselves from the usual suspects in music media and tailored versions of the story for food, beverage, beer, pop culture, lifestyle, business, technology, design, science, packaging and visual arts outlets. Earned media ran as far away as Russia, Finland and Thailand. Competing releases from established artists, without a food/beverage component, suddenly appeared flat. Consumers ran to beer stores and shared images of themselves hoisting the album release beer in the air and posted the trigger on social media to get the music. In the middle of one of the toughest media climates ever, we sold out of the product – twice.

When you see a new type of product or service earning a significant amount of exposure, work backwards and look for the fingerprints of public relations. You’ll find them in terms like My Special Aflac Duck created by Carol Cone on Purpose and the Fruit of the Loom Professionals Collection from Crispin Porter & Bogusky: brand-affirming products that tell daring stories. If existing communication and content distribution vehicles feel stale, develop new ones. Public relation pros have it in them to forge the silver bullets needed to run standout campaigns.

At launch time, your team will have an unparalleled level of passion for the work because they helped usher this product into the world. It’s their baby. After a career spent on everyone else’s products, nothing compares to the joy of promoting a product they helped create. That ride of ownership will be reflected in every interaction they initiate and translate directly into results. 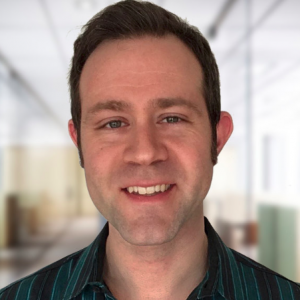 Adam Ritchie owns Adam Ritchie Brand Direction, an award-winning public relations agency which helps brands grow, communicate and do the right thing. His “Invention in PR” speaking tour is visiting PR programs at more than 40 universities this year. Follow him at @aritchbrandand #InventioninPR.