Same Language, Different Strategies: What It’s Like to Work in the UK 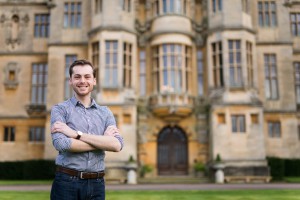 As a recent public relations graduate with a desire to travel, I’ve been confronted by the odd reality around the international public relations industry. I work for a leading study abroad program in England called Harlaxton College. It’s a school owned by an American university, attended by only American students with a British faculty and staff. At first read that may seem easy because the UK can’t be that much different than the U.S., right?

Wrong. Below are a few things to be mindful of when working in communications in a new country.

1. The language is the same, the writing style is not.

Working as a media coordinator for a study abroad program is much easier when there is not a language barrier. However, that doesn’t 100 percent translate to the written word. I’m constantly faced with misspellings because “program” is spelled “programme” and I still haven’t fully comprehended how to read a 24-hour clock. So despite popular teaching in the industry, AP isn’t a universal writing style.

Speaking of time, the five-hour time difference between the UK and the east coast plays a huge factor in digital communications. Because content produced for the study abroad program in England is generally for a U.S. audience, timing of social media content distribution must be tailored with the time difference in mind. This ensures it reaches the target audience during the best time of day.

In order to remain relevant, it is essential to keep up with international news and digital trends. In Europe, with an entirely different country only a stone’s throw away, cultures and news outlets collide. So to promote the study abroad program as a global experience, the digital content often reflects current events in the country of residence (UK/Europe). Things get tricky when your U.S. target audience is delayed in receiving international news events.

Nolan Miles is a  graduate of Western Kentucky University and former PRSSA National vice president of public relations. He currently serves as the Harlaxton College media coordinator in Grantham, England. You can follow him on Facebook, Twitter, Instagram and LinkedIn.