This post is part of diversity series for Progressions.

Nearly 40 percent of millennials, the largest generation in the workplace, represent at least one racial or ethnic group: African-American/Hispanic/Asian/Native American, according to PRSA’s PR Journal.

According to the U.S. Census Bureau, minorities, which in 2012 represented 37 percent of the U.S. population, are projected to represent 57 percent by the year 2060. Among these groups Latinos will be the biggest population, followed by African Americans. All these findings mean that we need to expose ourselves to different people and experiences so we can better understand the diverse publics we serve as public relations practitioners. 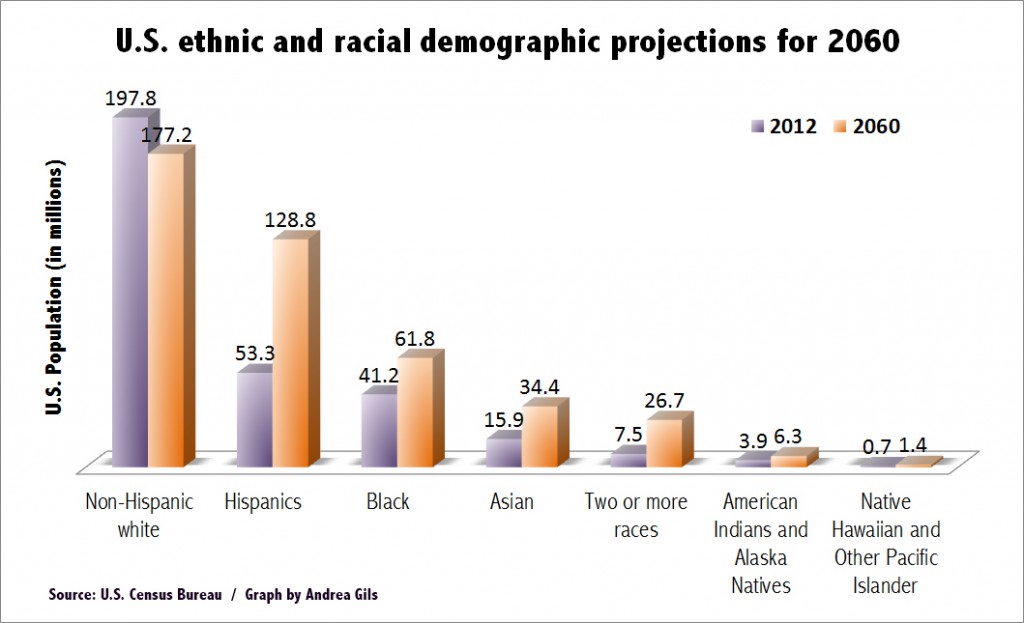 “Students need to place themselves in uncomfortable situations and make themselves comfortable in those situations because then they gain knowledge from their experience and they have a better understanding of those groups,” said Dr. Tamara Buck, assistant professor of mass media at Southeast Missouri State University. Buck said that being surrounded by people that look, act, live and talk like oneself results in having narrow viewpoints. “Without a wealth of different uncomfortable experiences you’ll have too many blind spots to do your job effectively as a public relations professional,” Buck said.

Partnering with diverse organizations, creating campaigns to promote awareness for specific causes, celebrating heritage months and talking about diversity at Chapter meetings are just a few ideas to help you understanding diversity better.  There are more strategies and tactics for Chapters to utilize in the PRSSA Diversity Toolkit.

A way to understand other races and ethnicities is to work with organizations that are run by people from different backgrounds and heritages and then come back to the group and discuss the experience in a conscious way, Buck said. Other strategies Buck suggested included having an executive board member dedicated to implementing diversity initiatives for your Chapter and recruiting and encouraging students to be brave, speak up and share different viewpoints with their peers.

Each ethnic and racial group is unique and those representing different groups will give you an opportunity to learn more about that group’s cultural values. Take advantage of it, understand it, be open to new viewpoints and celebrate differences together. The greater the exposure to diverse people, the more prepared you will be to work with those audiences now or later down the road.

What do you do to promote diversity inclusion, more specifically, racial and ethnic diversity in your Chapter?

Andrea Gils is a senior at Southeast Missouri State University and is completing two bachelor’s degrees in mass communication with emphasis in public relations and journalism and a minor in TESOL. She is part of PRSSA National’s Diversity and Ethics Subcommittee and is volunteering in the Communications Committee of the PRSA St. Louis Chapter. You can follow her at @andreagils and connect with her via LinkedIn.