Fact: Social media has made the world a smaller, more interconnected place. #duh

Fiction: Cultural lines are being blurred and relaxed, some altogether disappearing. #huh? 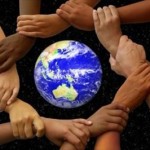 A person’s culture is evident in every part of his or her life. From the way we do business to  how we speak to our friends to the way we select our clothing are all things influenced by our culture. While that may seem obvious, often communicators do not take culture into consideration during day-to-day tactics – and as young professionals we should be aware of how culture affects public relations.

During my first year at HMA Public Relations, I was exposed to different cultures that I hadn’t considered would present communication “barriers” simply because they are English-speaking. It didn’t take long for me to find that language is just one trait that make up cultural differences while communicating public relations planning.

Language is probably the most obvious – though not always present – difference between cultures, but other factors like the delivery method and varying beliefs can be less obvious eye-openers to differences in culture.

Pulling from my own – albeit short – professional career, here are some culture-related matters I have experienced with clients.

If you are bilingual (or can communicate in several languages), congrats! Put that as the very first line in your resume, plaster the news all over LinkedIn and shake up your Twitter prose. Make sure people know you are fluent in multiple tongues so your skills can be utilized.

If you work on an international project and cannot communicate in the same language as your client, you may require a translator or additional help.

Even if you do not work with clients that speak different languages, don’t be surprised if you are contacted by media that does. In my experience with living in Arizona, knowing Spanish (and delivering your message in both English and Spanish) can make the difference between front-page and back-page news.

Even if you haven’t gone and bought every volume of Rosetta-Stone, knowing a few key phrases are good tools to have – even if the phrase is “Lo siento, no hablo español. Por favor, espera mientras voy a buscar a un representante que habla español.” (“I’m sorry, I don’t speak Spanish. Please wait while I find a representative that speaks Spanish.”)

Since most communication is done through email, it can be easy to forget that the person on the receiving end actually has a physical voice. Many major cultural clues are lost in the digital world, including accents, expressions and gestures

I work closely with several advocacy groups for the deaf and hard-of-hearing communities. Since I began working with them, I have been exposed to an entire new culture, one that is barely different than my own, but the few differences are substantial.nication is done through email, it can be easy to forget that the person on the receiving end actually has a physical voice. Many major cultural clues are lost in the digital world, including accents, expressions and gestures.

In some ways, I have to learn a new language – American Sign Language is the third most used language in the nation. Sure, ASL uses the English written language, but that can only allow for so much communicating.

I have learned how to use special calling equipment and services so I am able to get my job done. What is an alternative for me is the normal for my client. Familiarizing myself with these methods has allowed me to truly understand the needs of the deaf community – the needs that I bring attention to daily as part of my job.

Some of our clients at HMA Public Relations are not actually businesses or organization, but independent cultural nations.

Working with Native American tribes presents several cultural differences. Meetings open with prayers and events are rich with traditions. Often times I found myself working with the Tribal Chairman, who is the equivalent to this nation as the president is to the United States. No pressure, right?

As someone who had little exposure to religion of any kind growing up, I find meetings and events with the Tribal Governments fascinating. The combination of history and religion – and the importance of the role they play in tribal members’ modern lives – is a constant reminder of how important culture and its preservation (as well as adaptation) is.

As a new pro, many “real world” situations are still unknown to us. The work force is much more diverse than any educational course, and confusing or uncomfortable situations are sure to arise, especially dealing with different sensitive matter like an individual’s culture.

It is important while working with different cultures to respect others’ opinions, regardless of if you understand or agree with them. Experience may be the key, but the goal is to be open.

Stephanie Lough works at HMA Public Relations in Phoenix, Arizona and is a member of the PRSA New Pros Phoenix Chapter. She graduated from the Walter Cronkite School of Journalism and Mass Communication at Arizona State University with a degree in public relations. Stephanie is also a freelance writer and contributes to several magazines in the Phoenix area. In her free time she enjoys bike riding, blogging and is an advocate for animal shelters along with her dog. Contact her at slough@hmapr.com.

1 thought on “Communicating with Culture”